What you may not know about Blair is that he’s a former international debate champion. Debating has taken him around the world. Literally. A couple of his accomplishments include Pan-American debate champion and Canadian champion. This guy’s good. 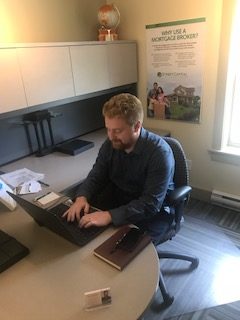 Blair stepped away from debating several years ago to focus on raising a family and mortgage brokering, but he proudly came out of “retirement” to lend his talents. Last week, for a few hours a day, you could find Blair mentoring some of the debating community’s most promising up-and-comers at the Sacred Heart School of Halifax.

While some debating standards have changed since Blair stepped away, one thing remains constant: don’t argue with him unless you’re prepared! His debating skills come in handy when he’s negotiating on behalf of his clients, or proving a point around the water cooler.

Way to go, Blair. We’re happy to see you doing what you love, and inspiring the next generation of debaters.

Pop by the office to see Blair if you want to talk mortgages or have a lively debate about….well, you choose the topic!